Plagiarism in literature is nothing to be taken lightly. Take a look at a few famous authors who plagiarized, and find out what consequences they faced. 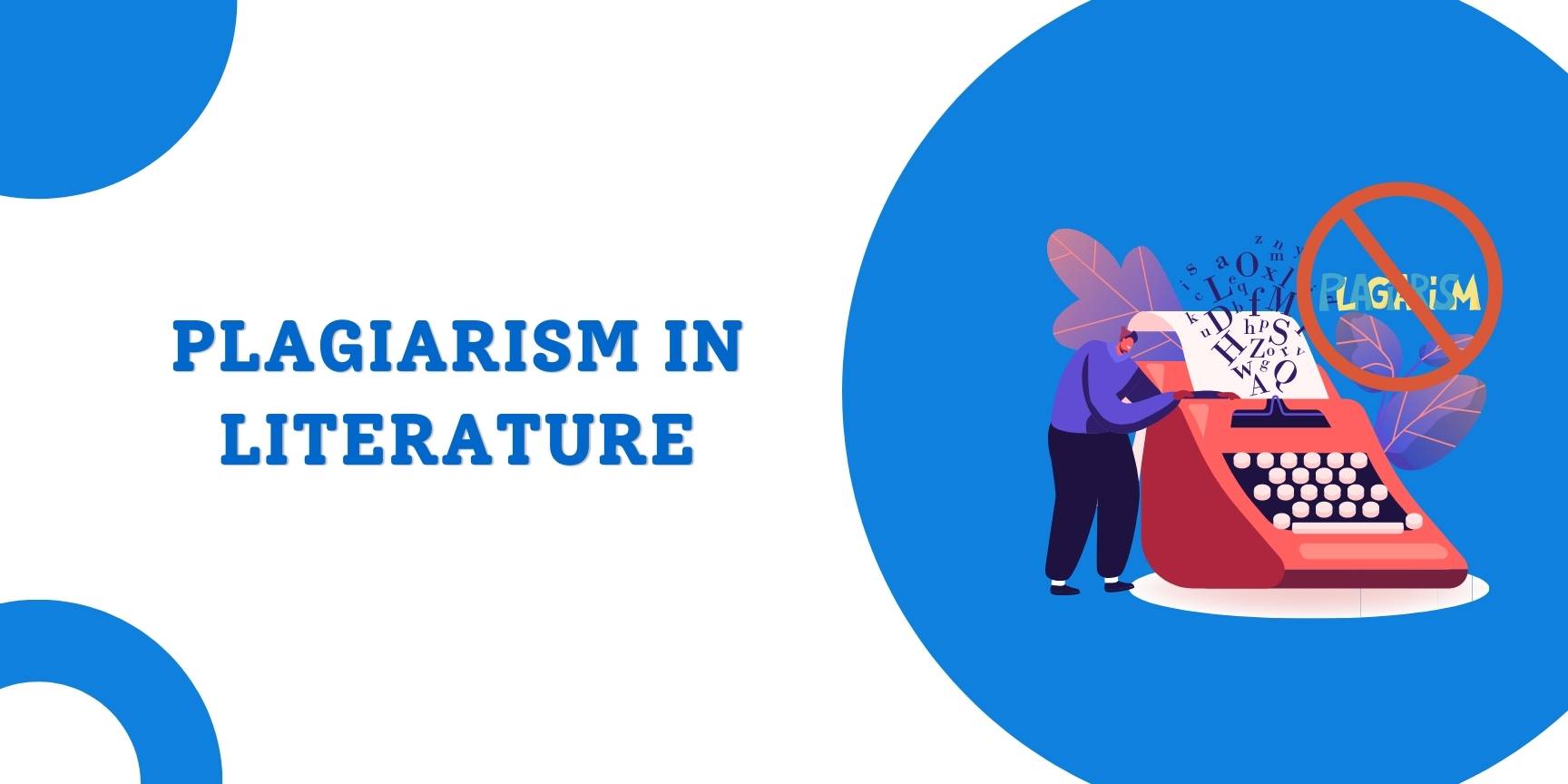 Although most of us associate plagiarism with college kids who are just trying to finish their assignments as quickly as possible with as little effort as possible, they aren’t the only ones who commit it. Plagiarism in literature is much more common than you would like to believe, and many famous authors, journalists, even movie directors have been guilty of it – which, of course, isn’t an excuse for you to attempt it!

To find out what plagiarism looks like and learn to avoid it, take a look at a few notorious authors who plagiarized, and make sure that you don’t follow in their footsteps.

Famous Сases of Plagiarism in Literature

When reading some of your favorite books, you’ve likely noticed that many authors borrow ideas from one another and go into some of the same themes and topics. It can also apply to any plagiarism in art. While that’s to be expected from writers of the same genres, there’s a fine line between finding inspiration from others and outright copying their works.

Examine the following notorious cases of plagiarism in literature, and see why it’s so critical to avoid this misdemeanor at all costs.

Alexander Haley was a renowned African American author who broke through on the scene in 1965 with his book “The Autobiography of Malcolm X.” Still, it was “Roots: The Saga of an American Family” from 1976 that gained him worldwide fame and recognition.

The novel was supposedly based on Alex’s family history going back seven generations and covering the story of his ancestor Kunta Kinte who was taken into slavery from the Gambia.

“Roots” was an immediate best-seller quickly adapted to a mini-series and won Alex a Pulitzer Prize. However, Alex’s fame soon turned to notoriety when he was sued for literary plagiarism – not once, but twice!

Haley won the first lawsuit against Margaret Walker with the judge, claiming that any similarities between Margaret’s fictional “Jubilee” and Haley’s non-fictional “Roots” were insignificant. The second lawsuit didn’t turn out in his favor, though.

Harold Courlander sued Haley for copying his work “The African.” Three passages from “The African” were virtually unchanged in “Roots.” The two settled outside the court, and Haley admitted to accidental plagiarism.

Cristiane Serruya is a Brazilian romance author and former lawyer. After practicing law for 20 years, she decided on a career change, publishing book after book in a few short years. In 2018, she released “Royal Love,” a massively successful romance novel that grasped audiences.

It wasn’t long before her blatant plagiarism got noticed, however.

Courtney Milan, an American author, came across Cristiane’s “Royal Love,” which was strikingly similar to her book “The Duchess War” from 2012. She published her findings on her blog, and soon after that, countless other authors and their fans started pointing out other instances of plagiarism in Cristiane’s novel.

Not one to deny such obvious claims, instead of taking responsibility for her actions, Cristiane put the blame on a cheap ghostwriter she hired to write the book.

Stephen Ambrose’s act of plagiarism is somewhat more nuanced than you might expect.

The famous historian enjoyed a pristine reputation, being a professor at the University of New Orleans and publishing many renowned non-fiction books, including Eisenhower and Nixon’s biographies.

He released “The Wild Blue” in 2001 to much critical acclaim – until another historian, Fred Barnes, accused him of plagiarising his “Wings of Morning.

Initially, Ambrose’s plagiarism was excused as an accidental mistake. After all, Ambrose did credit Barnes in the footnotes but simply failed to put quotations where they were needed – making it seem like the ideas were his own. The incident settled with an apology.

Still, it inspired others to look deeper into Ambrose’s work. Lo and behold, many other instances of improper quotations were found. Ambrose’s excuse was that he “just [types] it up that way.

Shia LaBeouf is a famous actor and filmmaker, best known for his work in the movie “Transformers” – although the younger generations might know him for the countless memes he’s inspired. While his misdemeanors don’t exactly fall into the plagiarism in literature category, they’re certainly a fine example of what not to do unless you want to be caught by a plagiarism detector.

LaBeouf’s most notorious misdemeanor was at the 2012 Cannes Film Festival when he debuted his “Howard Cantour.com” short film. Upon posting the film online, its viewers noticed suspicious similarities between the plot (and the visuals) of the short and Daniel Clowes’ graphic novel “Ghost World” from 1995.

The actor issued an apology to Daniel on Twitter, but even the apology seems to have been plagiarised, this time from Yahoo! Answers.

Helene Hegemann is a German author, actress, and director. As a 17-year-old girl, she published her first work “Axolotl Roadkill,” which was an instantaneous success. It earned her critical acclaim and numerous literary award nominations. The novel made her into a star virtually overnight, getting her invites to famous talk shows, magazine interviews, and more.

A while after “Axolotl Roadkill” came out, a blogger noticed the resemblance to the novel “Strobo” by an author under the pseudonym Airen. That triggered a frenzy, and everyone started scrutinizing Hegemann’s work, finding other uncanny similarities to works from other writers. Some critics went so far as to claim that it wasn’t even Helene who wrote the novel but her father.

Hegemann denied all claims, saying that there’s “no such thing as originality, anyway.”

Jonah Lehrer is a journalist, blogger, and Rhodes Scholar who studied neuroscience. He was no stranger to copying work throughout his journalistic career, committing mostly acts of self-plagiarism.

In 2012, another journalist, Jim Romenesco, found that in his article for the New Yorker, Jonah copied his own work from a piece he’d written for Wall Street Journal. This discovery opened Pandora’s box for Jonah.

More journalists started digging into Jonah’s work, finding countless other instances of self-plagiarism and even verbatim plagiarism. He’s also been guilty of using improper citations,  fabricating information, and taking credit from other authors.

Unsurprisingly, Jonah’s journalistic career took a turn for the worse.

Joanne Clancy is an Irish crime author who’s published numerous well-received novels, including “Behind Closed Doors,” “Aftermath,” and “Redemption.” In 2015, she published the novel “Tear Drop,” which initially received excellent reviews until it was discovered that it was plagiarised.

The discovery came about completely by accident.

In 2015, writer Ellis O’Hanlon, who published four books with her husband and co-author under the pseudonym Ingrid Black, joined Twitter to promote her newest novel “The Dead.” Checking out one of her followers’ accounts, she noticed they claimed that Joanne Clancy plagiarised her book.

Ellis started looking into the accusation, finding Clancy’s “Tear Drop” to be virtually identical to her “The Dead,” with only slight changes to the names and minor plot points. Soon after, Joanne Clancy released a new novel, “Insincere,” which was once again an almost verbatim copy of Ellis’s “The Dark Eye.”

Although Ellis never filed an official lawsuit against Clancy, she and her husband immediately reported their findings to Amazon, which then deleted Clancy’s entire Amazon account.

As evidenced by these famous authors who plagiarized, plagiarism can take many shapes and forms. Some copy their own works, believing that no wrong can come of it. Others steal ideas and works from countless other writers, mashing them together into a seemingly “unique” piece. Others still commit to amateurish paraphrasing, thinking no one would be the wiser.

Considering just how many types and forms there are, plagiarism in journalism, literature, art, music, self-plagiarism, etc. it’s obvious that plagiarism prevention can be easier said than done.

To ensure that your work is original and plagiarism-free, you’ll need to do two things:

Once you’ve completed these two steps, you can start using plagiarism checkers to make sure that your work is authentic.

How plagiarism checkers can help authors and writers

Plagiarism detectors are advanced tools that analyze your text and compare it against vast databases of millions of websites, pages, and offline sources. They allow you to catch all instances of plagiarism in your work, whether it’s purposeful or accidental.

The best plagiarism detectors will highlight all sentences that appear to be copied from someone else, and they’ll lead you to the original sources of information. They’ll understand the difference between commonly used phrases and copied work, and they’ll be able to catch virtually all instances of plagiarism – from verbatim to patchwork and paraphrased plagiarism.

They’ll give you detailed insights into the authenticity of your texts and allow you to make the necessary changes before publishing them.

Although there are countless authors who plagiarized and countless more who are yet to do it, that doesn’t mean that plagiarism should be accepted or taken lightly. It’s a serious literary offense with grave consequences.

Unless you want to end up like some of these once-famous authors, make sure that you use plagiarism detectors every single time before publishing your work, and always double-check whether you’ve properly cited your sources.