Just when you think that we are living through the times when the protection of the intellectual property is making the news reports, you must remember that the issue of plagiarism has always been there as our history of plagiarism guide explores. It’s safe to assume that plagiarism has always been there for as long as people knew how to steal and turned to immoral practices of claiming that something they did not create belonged to them. Our guide aims to discover more regarding this interesting subject! 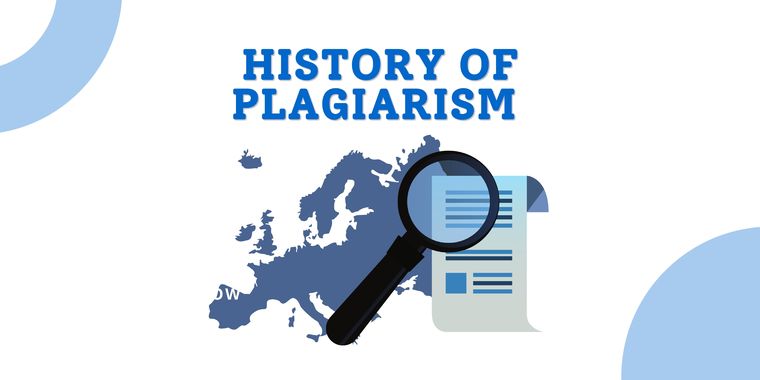 Turning to the roots of plagiarism, it is safe to claim that it might have been there with humankind since art has formed and the cultural traits took place to represent something valuable. Since we are not only dealing with the words and graphic representation of any content, the risk of copying something and claiming that we are the only ones who have a right to show it has always been there. Of course, the risk of taking credit for something you did not create is not new anymore, yet the way how plagiarism has evolved these days in the digital age is something to consider. What we have today is not what the people of the past could allow in terms of technology and the moral approach to things. It is also related to authorship issues when we are looking at the plays by Shakespeare or the poetry by the British poets. The problem of originality in plagiarism history has changed quite a lot with the dawn of technology, which means that the etymology of plagiarism has changed as well. While we could focus on the new forms of plagiarism, turning to certain historical aspects, one can see that each moment of time has contributed quite a lot!

If we look at the dictionary definition and the etymology of plagiarism meaning as a phenomenon, we discover that it comes from the old Latin word "plagiarius", which stands for "kidnapper, seducer, thief, torturer, and oppressor". Basically, it mostly reflects the immoral act of plagiarism. Even though it is hardly possible to determine the very first case of plagiarism, we have the case of a Roman poet called Martial and his plagiarism accusation of another poet called Fidentius. While it was mostly related to reciting and creating a certain degree of fame based on that, it is still one of the first cases in history dealing with giving due credit, which is often seen by the college professors as they look through a plethora of essays and research papers.

Taking a deeper look at the various art forms, we can see that things usually dealt with plagiarism examples in literature with the major part being taken by the poetry and the claims of copying from each other or trying to determine what came first. In other words, the claims have been only recorded with the help of letters or speeches, yet it rarely went to courts until more evidence has been provided as it was in the case of Martin Luther King Jr. or even the famous song “My Sweet Lord” that has been released by George Harrison. The tricky part here is knowing your sources and keeping them documented or protected with the help of patents or any other intellectual means of claiming one’s property. While it is quite common today, it has not always been so throughout the history of plagiarism. As a way to further research this interesting aspect, let us proceed with the various cases in the history of plagiarism.

The Famous Examples of Plagiarism

Let us turn to the famous examples of plagiarism that will remain relevant for the majority of British students.

The future of plagiarism still relates to the history of plagiarism cases because we are dealing with the same issue! What makes it different today, however, is the frequent use of tools like TurnItIn, which stores information in a digital archive once it has been submitted, which means that even if a student checks something for a group project, another person that will submit the paper with his or her parts will receive a negative plagiarism report. It also relates to being unique and finding similarities since the AI-based tools will also “catch” the list of certain phrases or iconic artworks that will deal with the similarities. And that are just a few facts about plagiarism.

Things are much more complex when we are dealing with music where the majority of melody lines have already been copied in the past. As we are dealing with the words, it is much easier to paraphrase or change the riskiest elements. It is a reason why our plagiarism tool helps you to edit your paper as much as necessary because it is the only way to find out whether your research work is at risk of plagiarism even if you did not violate any academic honesty rules.

Another aspect that must be mentioned in terms of the future of plagiarism is turning to automatic detection tools. It means that college professors may ignore the usual manual detection methods that may help to identify whether the paper has been copied or not or whether some students may have turned to one of the essay mills that do not assist you academically but just write an essay instead of you. While such works will remain original, only a skilled college professor will be able to tell that a student has not written the original paper. The same work can also be partially plagiarized, bringing up the question how much plagiarism is allowed.

Do Not Make Another History of Plagiarism

Our plagiarism checker is there for a reason because we do not want you to become yet another hero who makes the headlines of the modern plagiarism history. Why risk your academic future and reputation when you can finally check your papers free of charge without registration and any trouble? It will provide you with a detailed similarity report and will show each duplicate aspect that must be fixed. Moreover, our FixGerald does not store your information anywhere, which means that all the risks associated with the famous TurnItIn tool can be forgotten. Take your time to check things, do your best to cite correctly, and learn to live and learn honestly!